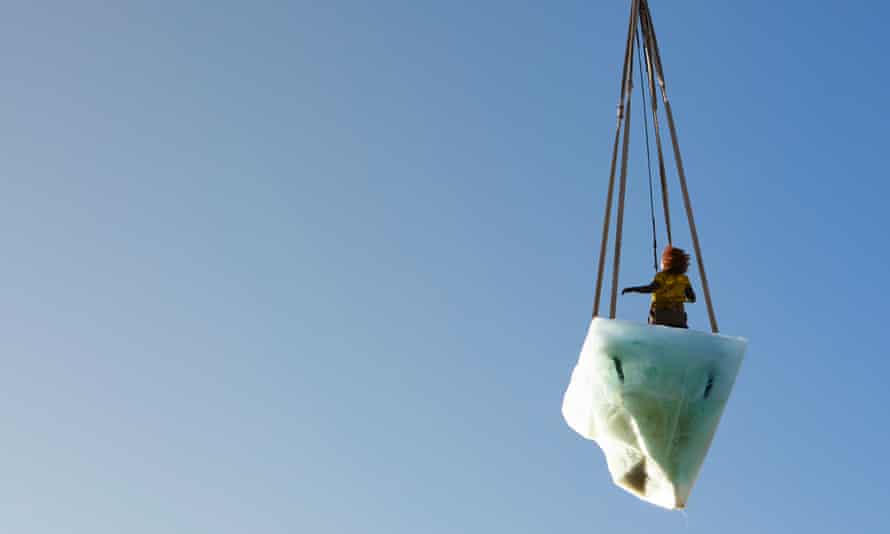 Good morning. Soaring Covid cases are disrupting goods needed for PCR testing. Nearly a quarter of the world’s population experienced a record hot year. And Novak Djokovic has been included in the Australian Open draw with a decision on his visa still pending.

The impact of Covid-19 on supply chains has begun to disrupt goods needed for PCR testing, forcing the closure of clinics in one jurisdiction. The highly contagious Omicron variant has caused widespread staff shortages and a “crisis” in transport and other supply chain businesses, leading to shortages at supermarkets, retailers and other key industries. The supply chain issues are so severe that the Australian Capital Territory on Wednesday announced it was closing three testing clinics – a significant chunk of its testing capacity – until Monday. The federal health department bought $62m worth of rapid antigen tests earlier this week to cope. But small businesses and unions have condemned as inadequate Morrison’s response to a burgeoning staffing crisis caused by the Omicron wave. Meanwhile, business and unions say national cabinet’s response to the Omicron staffing crisis falls short.

The Queen has removed a range of military affiliations and royal patronages held by Prince Andrew, Buckingham Palace has said. The move, which includes the prince losing the use of “His Royal Highness”, comes after a United States judge gave the green light for her second son to face a sexual assault civil lawsuit. The move comes hours after more than 150 military veterans wrote to the Queen to ask her to strip Andrew of his honorary military roles amid what they described as their “upset and anger”. The palace had said earlier on Thursday that it had no comment on their open letter. Prince Andrew’s accuser, Virginia Giuffre, is unlikely to accept a “purely financial settlement” to end her sexual assault civil lawsuit against the royal, her lawyer has said.

Novak Djokovic has been included in the Australian Open draw as the wait to see if his visa will be cancelled for a second time stretches into another day. The Australian prime minister, Scott Morrison, has suggested Djokovic will not be allowed to stay in the country and contest the Australian Open unless he can substantiate a medical exemption allowing him to be unvaccinated against Covid. Meanwhile, the Greek tennis player Stefanos Tsitsipas said Djokovic has been “playing by his own rules” and has put his bid for a 21st grand slam title at risk by not following Australia’s Covid-19 vaccination requirements.

For the next three days, artists will dance on a 2.5 tonne block of ice suspended above Sydney harbour to draw attention to climate change. The art installation is part of this year’s Sydney festival.

Australia has matched its hottest ever reliably recorded temperature, with Onslow airport near the remote Western Australia town of Onslow registering 50.7C.

Many of Australia’s beaches are eroding due to urbanisation and industrialisation. While there are regeneration programs under way, fixing these beaches is no easy task.

“Devastating” cuts to Medicare telehealth have left rural psychiatric patients in the lurch. From 1 January, the federal government removed a 50% loading for some rural psychiatric services, meaning a string of consultation providers are no longer able to bulk-bill their items.

An Australian man has pleaded guilty to murdering a United States mathematician who fell from a Sydney cliff in 1988 in a homophobic hate crime that was dismissed by police at the time as suicide.

Russia has refused to rule out a military deployment to Cuba and Venezuela if talks with the west on European security and Ukraine fail to go its way, while warning the latest discussions with Nato were hitting a dead end.

Humanitarian organisations in the Tigray region of northern Ethiopia are running perilously low on food and fuel stocks as an intensified wave of airstrikes further hampers a threadbare aid effort already stymied by lack of access.

Nearly a quarter of the world’s population experienced a record hot year in 2021, as the climate crisis continues to unleash escalating temperatures around the globe, according to new data from leading US climate scientists.

Dozens of journalists and human rights defenders in El Salvador have been subjected to “jaw-dropping” phone hacks using the Pegasus spyware allegedly deployed by governments around the world against dissidents, reporters, diplomats and members of the clergy, according to internet security researchers.

A German court has sentenced a Syrian former intelligence officer to life in prison in a case the United Nations rights chief said could lead to accountability for other perpetrators of the war’s “unspeakable crimes”.

After independence in 1960, Senegal cast off western influences and forged a new African style full of triangular forms, rocket-shaped obelisks and rammed earth. Is this spirit now being suffocated?

Some travellers who spend longer periods of time in India exhibit a curious condition: a spectrum of behavioral and psychological changes that can be all-consuming. Known as the “India Syndrome”, the condition has cousins around the world: religious tourists to Jerusalem are struck with a spontaneous psychosis upon visiting the city, certain that they are hearing God; visitors to Florence are physically overcome upon viewing the beauty of the city’s art. But is it India that causes these transformations or do people go there determined to be transformed?

“What is extraordinary about the last two weeks in Australia is not only the large numbers of people infected with Covid,” writes Brigid Delaney. “But the psychological volte-face required to withstand this new reality.”

2021 was an important year in the fight for gender equality, and the national women’s safety summit in September was a platform for experts and advocates to discuss key issues surrounding gender equality and violence against women and children. But Scott Morrison’s keynote address – and his failure to enact meaningful reform on key issues – left some underwhelmed and others furious.

Political editor Katharine Murphy speaks to Laura Murphy-Oates about Australia’s ongoing cultural reckoning for women and how the Morrison government’s response to this was hamstrung by an “empathy gap”.

Full Story is Guardian Australia’s daily news podcast. Subscribe for free on Apple Podcasts, Spotify or any other podcasting app.

2022 is shaping to be a significant year for Australian football, but what does that mean for the Socceroos, Matildas, and the A-Leagues?

Crowds at the Australian Open will be capped at 50% after a surge in Covid cases prompted the Victorian government into a last-minute change of its ticketing policy.

Family law experts say they are seeing a rise in Covid-19 vaccination disagreements among parents about whether their children should be vaccinated, the ABC reports. The Western Australia premier, Mark McGowan, has revealed a sweeping expansion of proof-of-vaccination requirements across the state, according to WA Today. Proof of vaccination will now be required for virtually all activities.

And if you’ve read this far …

The view may not be postcard-perfect, but visitors to Brighton Le Sands come for something more important – a sense of community and belonging.

If you would like to receive the Guardian Australia morning mail to your email inbox every weekday, sign up here.

If you have any questions or comments about any of our newsletters please email newsletters@theguardian.com.

Every Saturday at 6am, enjoy early access to the best journalism planned for the weekend in one elegant app, plus a curated selection of the week’s news and analysis from Australia and the world.